In 1645 the Jesuit scholar, inventor, and natural philosopher Athanasius Kircher published the first edition of his notorious book Ars Magna Lucis et Umbrae in which he included an illustrated description of his Steganographic Mirror. This apparatus can be understood as one of the earliest projection systems since it uses a lens, directed (sun-)light, and a form of media - painted mirror plates - to project an image over a distance. In all likelihood, Kircher’s invention inspired Dutch scientific instrument maker Christiaan Huygens, around 1659, to create the first iteration of what would become known as the magic lantern.

The Netherlands-based Danish scientist Tomas Walgensten improved upon Huygens original design and started touring around Europe with his magic lantern demonstrations. He sold lanterns to royals and noblemen, slowly spreading the invention across the continent. Eventually knowledge of the magic lantern circled back to Athanasius Kircher who adopted Walgensten’s term Lucerna Magica and published about it in his widely circulated second edition of his book Ars Magna. From then on, this proto-cinematic device became a widespread form of entertainment used in magic shows, theater, and was also enjoyed just by itself. 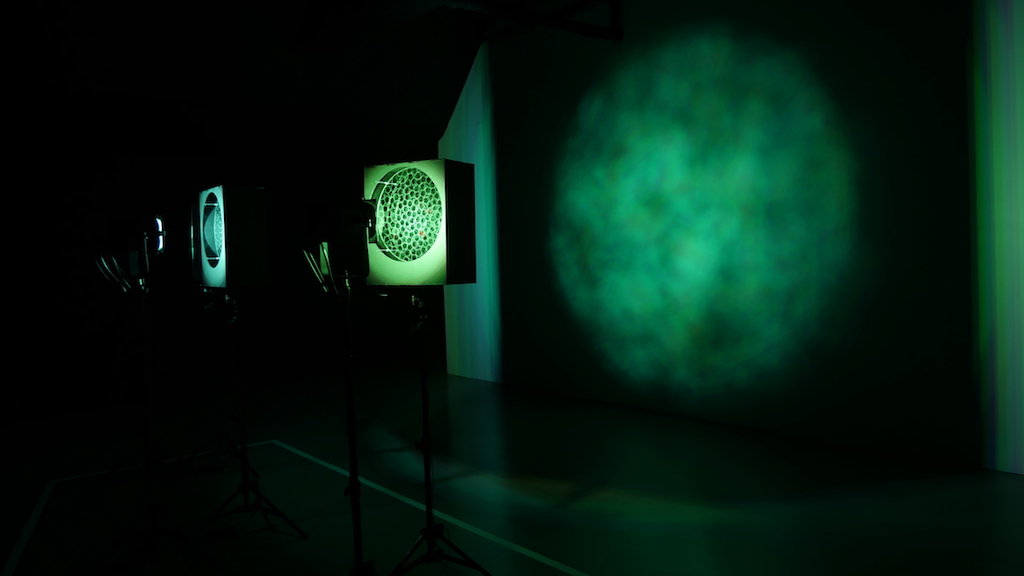 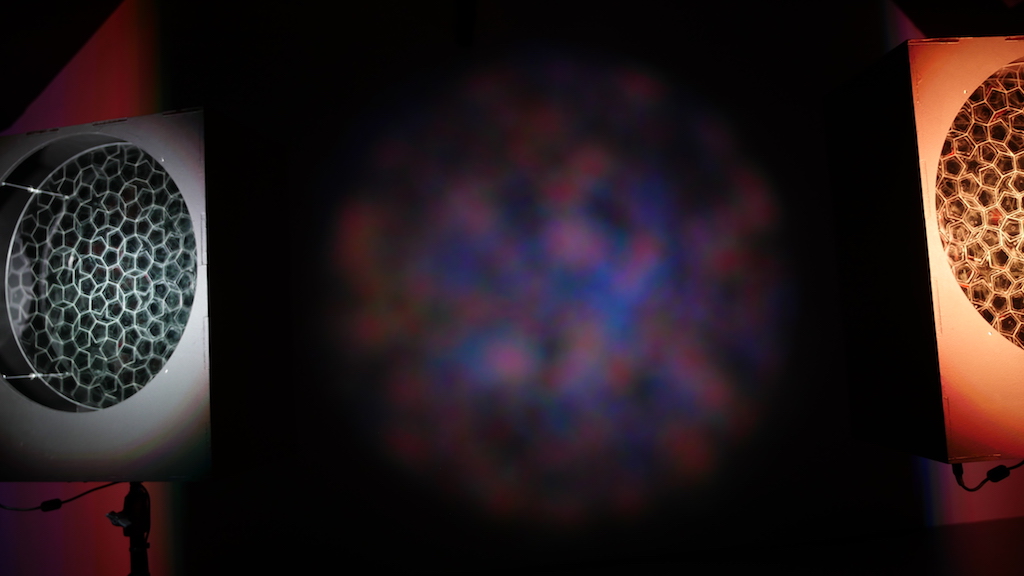 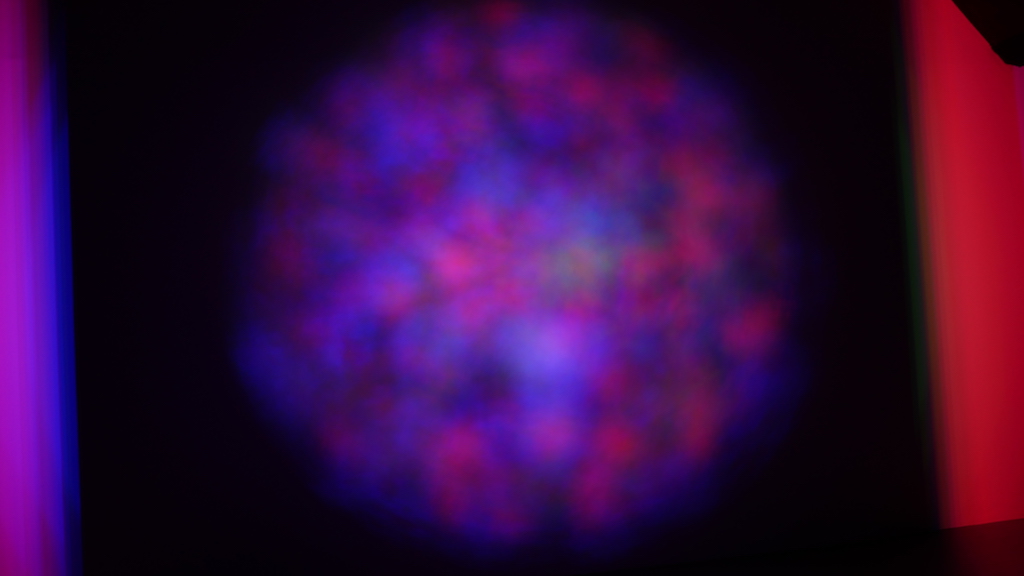 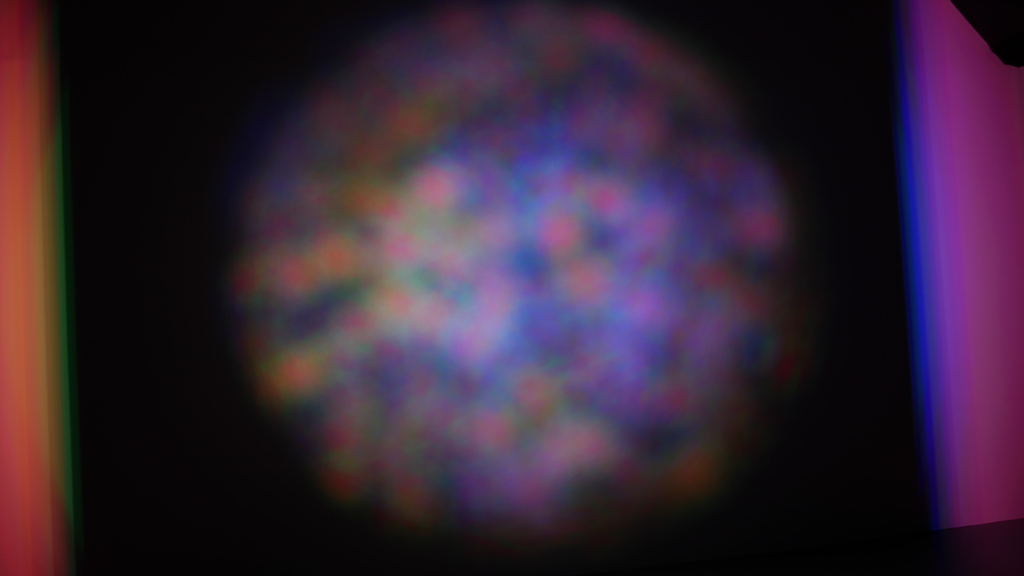 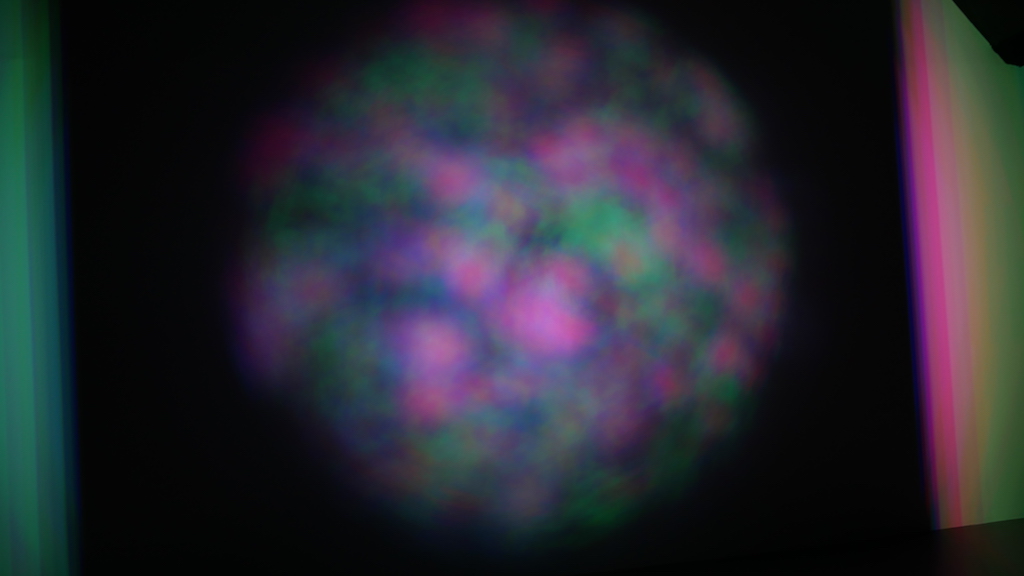 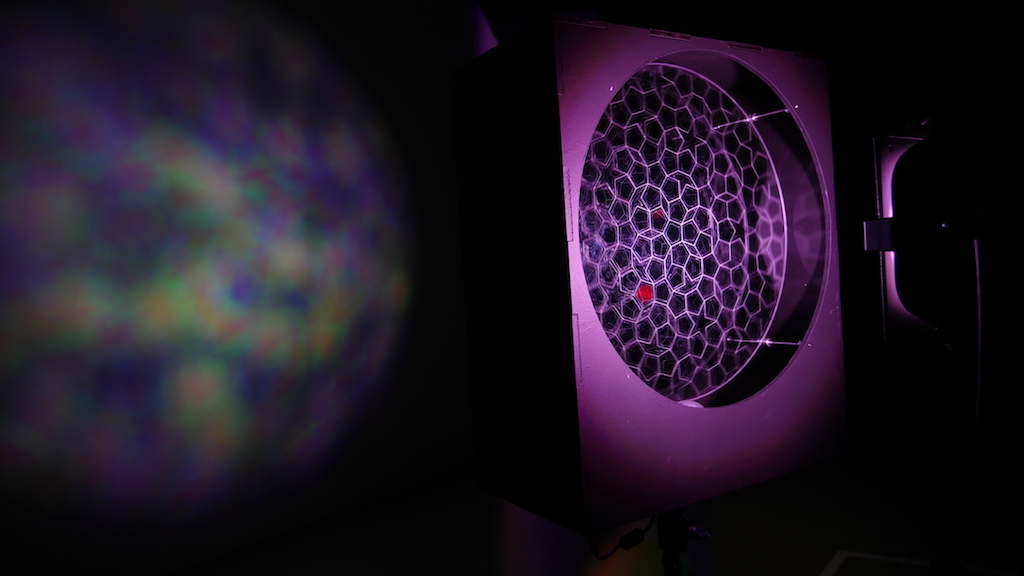 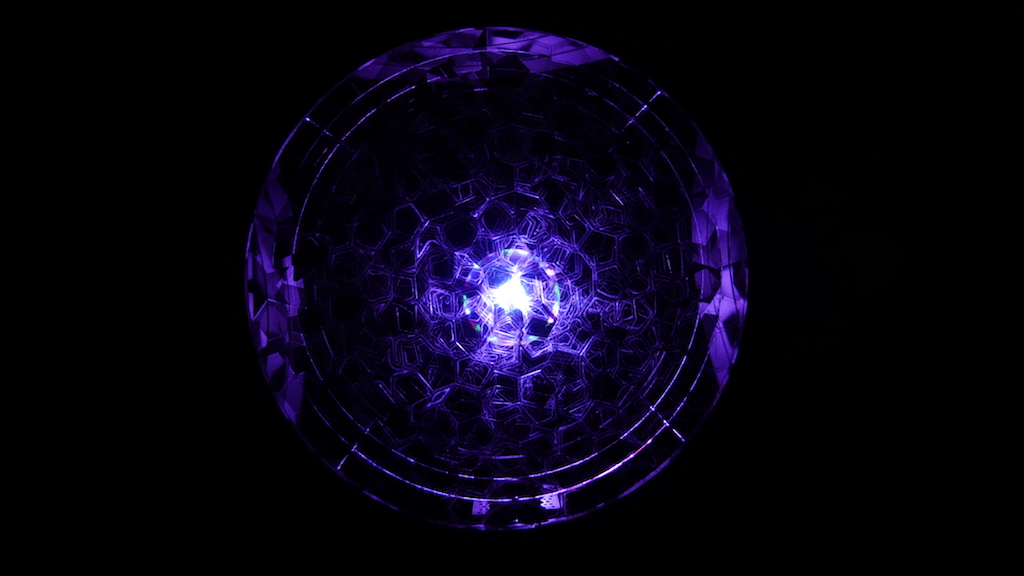 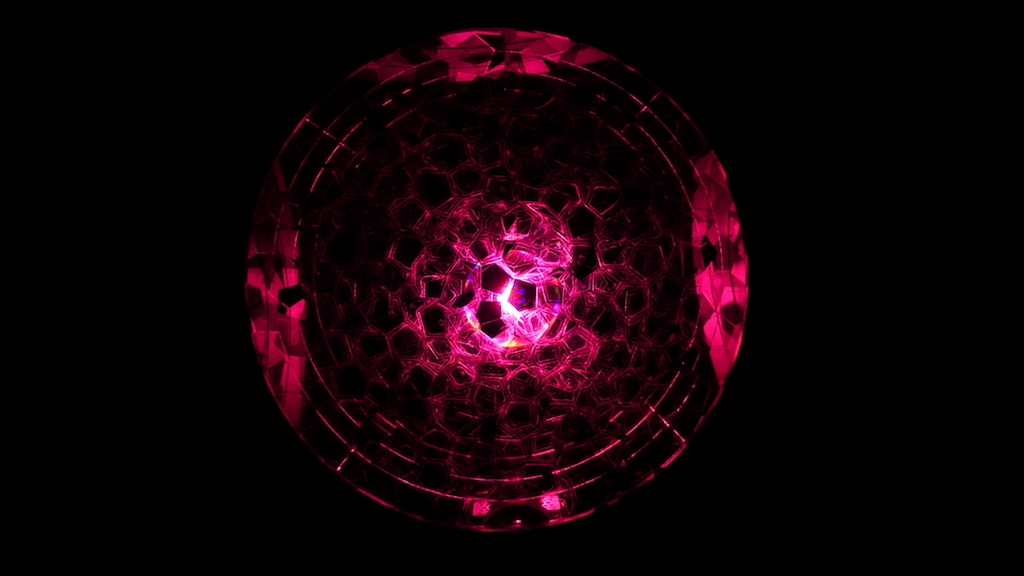 The invention of the moving image and the modern-day video projector traces its history directly back to the magic lantern. Soon after the first magic lanterns started to gain popularity, people began experimenting with slides that included motion. At first, parts of a slide could be moved by hand or masked with another layer. Soon after, levers, pulleys, racks, and pinions included a mechanical component to the slides. These hand-cranked contraptions could create simple illusions of motion or abstract moving patterns. Of particular interest are the Chromatrope slides, which produced dazzling kaleidoscopic continuously changing visuals by rotating two glass discs with abstract patterns painted on them in opposite direction.

Lucerna Electronica, updates the concept of the magic lantern and its slides to the 21st century. It is a kinetic light installation based on the original design of the magic lantern and borrows ideas from the mechanical structure of the Chromatrope slides. However, instead of using painted glass slides to create the abstract visuals, the slides are made out of polarizing light filtersthat spin in front of each other. The shapes of the filters, their Penrose tiled pattern, and the movement of the disks determine where light particles are blocked and where they can pass through. This creates an ever changing display of abstract interference pattern projections.

This work continues the rich history of visual music installations such as color organs and lumia devices and is an idiosyncratic media-archeological investigation into the history of projection devices. Lucerna Electronica operates as an autonomous generative piece which slowly changes and evolves over time.

Lucerna Electronica was made possible by a generous Faculty Project Grant from ArtCenter College of Design.